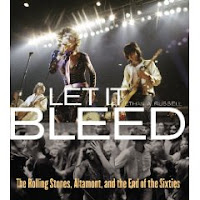 Her Brother Was Killed at an Iconic Stones Concert
Nanette Varian

Dixie Ward speaks out about her brother’s death at one of the most notorious rock concerts in history—the Rolling Stones show at Altamont Speedway in December 1969.


It was supposed to be the Rolling Stones’ answer to Woodstock, a free concert 40 years ago this month at Altamont Speedway, in the San Francisco Bay area, tacked on to the end of their American tour. But it degenerated into violence, ending the life of Dixie Ward’s 18-year-old kid brother, Meredith Hunter.

Ward had warned her brother not to go to the concert that day: Meredith was African and Native-American; his girlfriend, Patty Bredehoft, was white. “Blended couples had started to come into vogue in Berkeley,” says Ward, who was 28 at the time. “But in surrounding areas, it was not acceptable. My husband, who had a trucking business, would take me out riding and show me where crosses had been burned on people’s lawns.”


Meredith told his sister, “Don’t worry, I’ve got a gun.” But, Ward tells More.com, he insisted the gun wasn’t loaded. It will just "scare” any troublemakers, he said. Ward says she thought he was joking about bringing a gun. He wasn’t.

The stage at Altamont Speedway was frighteningly low; members of the Hells Angels were brought in to help keep order. The bikers ended up battering the crowd with pool cues, even managing to brain Jefferson Airplane vocalist Marty Balin.

The concert, including Hunter’s killing, was captured in Gimme Shelter, the concert film by documentarians Albert and David Maysles (who would go on to make Grey Gardens). In the film, Mick Jagger watches a loop of the killing in an editing room. Hunter has a gun—it is silhouetted against his date’s crocheted vest—and an Angel stabs him several times, after which the bikers reportedly threw him to the ground and kicked and beat him. “Don’t let him die, please!” Patty Bredehoft sobs to the paramedics. But it is too late.

The oldest of four children of a schizophrenic mother, Dixie often acted as the family caretaker. She remembers Meredith, who was 10 years younger, as an extremely bright and curious child. “When I did laundry I’d find insects and pollywogs in his pockets,” she says. He grew into a tall, cocky teenager. “He was 6 foot 4, and had a beautiful chocolate tan,” she says. Meredith was a flashy dresser with a closet full of brightly colored suits. His sister liked to kid him about them, especially the bottle-green one he can be seen wearing in Gimme Shelter. “I’d say, ‘What are you trying to be, a stoplight?’ ” she recalls teasing him.


According to the new book Let It Bleed: The Rolling Stones, Altamont and the End of the Sixties, by Stones tour photographer Ethan A. Russell with Gerard Van der Leun, Hunter, worried about all the fighting at the concert, went back to his car at one point during the show, retrieved the pistol from his trunk and tucked it into his waistband.

Ward was home listening the radio when she heard a news report that “some erratic person” had attacked the band. She thought nothing of it until a neighbor came and told her Meredith was dead. She went with her mother to the coroner’s office. “When we came back my mother had a Christmas tree up.” Ward recalls. “She covered it with a sheet, and that was the end of our Christmases for a lifetime.”

Over the years there have been conflicting accounts of what happened that day at the foot of the stage. Ward knows now that her brother wasn’t joking about the gun. But she is convinced that it was unloaded, and that Meredith would have drawn it only to counter racist threats. (Sgt. Scott Dudek, of the Alameda County sherrif's office, confirms that the gun was, in fact, loaded.) Of the reports that there was methamphetamine in his system, she says, “I’m not aware of any drug use. I’d given him some antihistamines because he had such bad allergies that day.

Angel Alan Passaro, who is seen stabbing Hunter on film, was tried for murder, and acquitted on the grounds of self defense. A wrongful death lawsuit brought against the Stones by Hunter’s mother, Altha May Anderson, was settled for $10,000. The Alameda County sheriff’s office reopened the case in 1983 to investigate rumors that a different Angel had killed Hunter, but concluded that Passaro had delivered the fatal blow. Passaro died in 1985.


Ward says she's never spoken to Patty Bredehoft about the events of December 6, 1969, nor has she seen Gimme Shelter. “I never wanted to see him running for his life, to know what happened when he took his last breath” she says, her voice catching. “You have to understand, I raised him as my child, practically.”

The month before Meredith died, Ward’s husband was electrocuted in a freak accident. She had three small children, and Meredith stepped up, she says, assuming a fatherly role, coming around the house, teaching her youngest how to cross the street. “I’m always going to be there for you,” he assured her. After he died, Ward says, she had no time to grieve, or even to think. She was thrust back into caretaker mode. “My kids were a mess,” she says. “My mother had a nervous breakdown.”


Now a Montessori educator in her late sixties, Ward has seen more than her share of tragedy: During the past five years she’s lost her two remaining siblings, and her mother (who had turned a spare bedroom into a flower and photo-packed “graveyard” for her dead children, including artificial grass, stepping stones and a bed blanketed with dolls). She takes comfort in her work, her husband (she remarried not long after her brother’s death), her children and grandchildren.

Forty years later, she has “no feelings one way or another,” toward the Rolling Stones. “Nothing can resurrect him,” she says of her brother. “But I think he’d have grown to be a good man.” 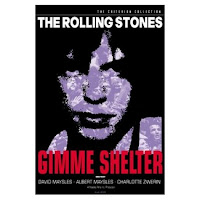 The killing of Dixie Ward's brother, Meredith Hunter, was captured in the documentary Gimme Shelter.


A slideshow of images from the new book Gimme Shelter: The Rolling Stones, Altamont and the End of the Sixties.

Reprinted with permission from  kaplowpr.com 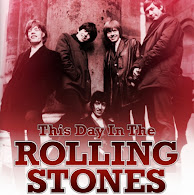